Swedish Radio (public service) has been struck by moral panic. Through the big online book stores it has been possible to buy growing guides for cannabis. But since the program Culture News on Swedish Radio reported on this, the book sellers chickened out and stopped litterature of this nature.
The official reason for these actions is that the information in those books could be an incitement to crime. The chancellor of justice is to investigate this matter with regard to freedom of speech.

Two titles that have been removed according to media reports: 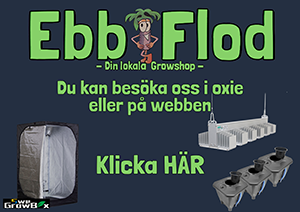